I was sent a few months ago now a colony of Springtails that were cultured from some which "appeared" in a vivarium in the UK. They are a UK native species Folsomia candida. They feed on various moulds, and may have a use in controlling the growth of mould on various Phasmid eggs in captivity.

They can be cultured in decaying leaf litter but an easier (and cleaner) method is to place a layer of plaster of paris mixed with a small amount of activated charcoal (available from chemists) in the bottom of a margarine tub or similar. When the plaster has set dampen it so that it is near saturation and sprinkle some yeast (from the supermarket) on top. Add your springtails (Collembola) and wait for the colony to spring into action.

A word of caution - colonies are known to fail unexpectedly, so once it gets to a good size it is a good idea to split your culture into two. 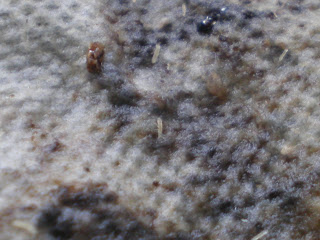 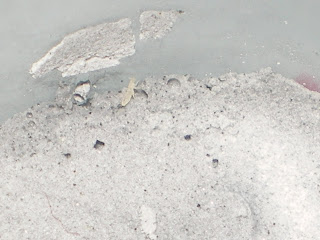 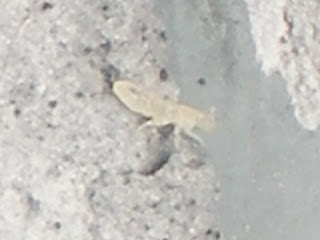 Not the best photograph - I will take a better one as soon as I have the time
Posted by Ed at 14:46
Labels: Collembola, rearing