In the News: Bugbear that saw off the dinosaurs 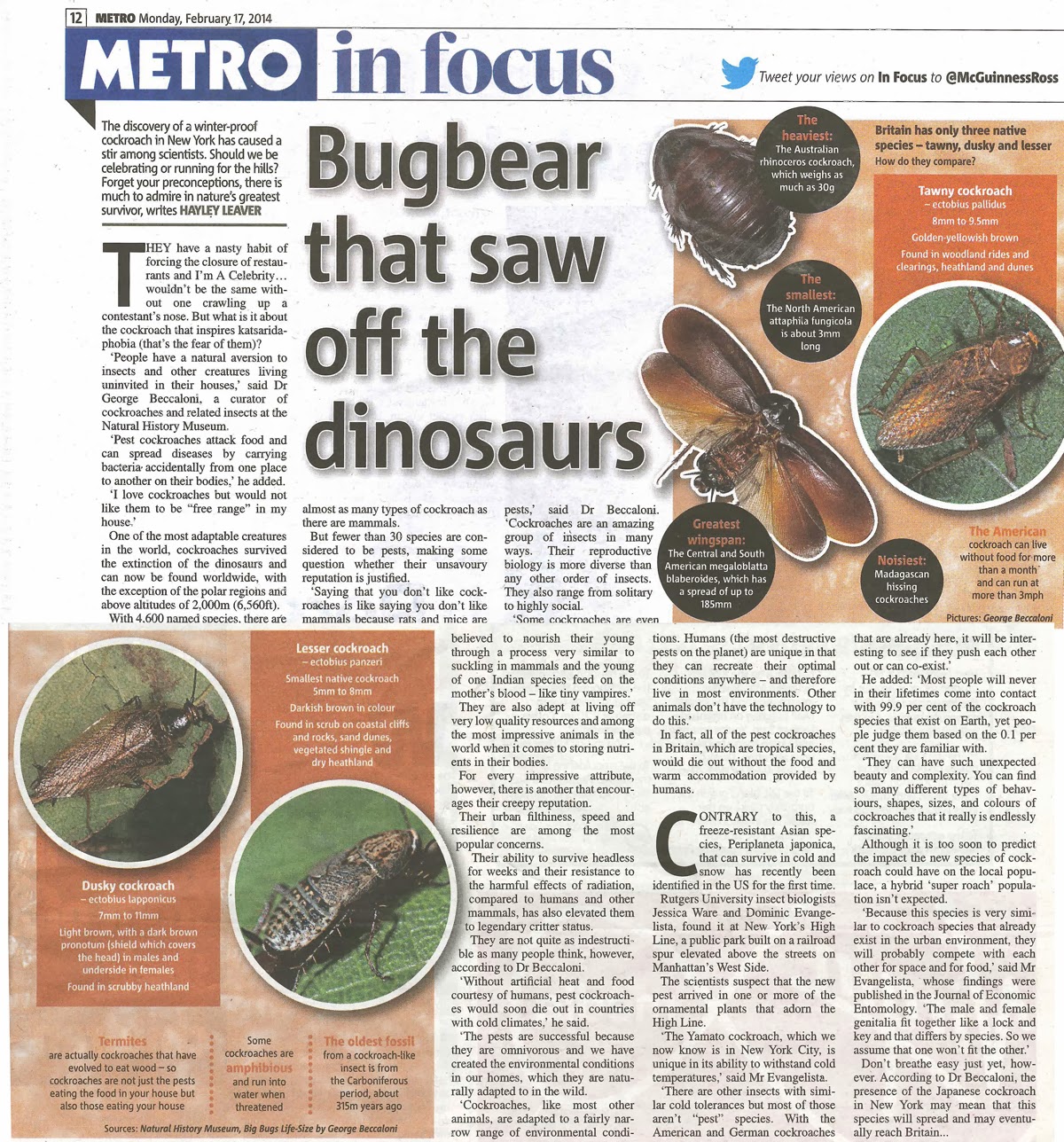 Posted by Ed at 16:52 Links to this post
Labels: cockroach

In the News: Cockroaches undergo dialysis to power sensor network for humans 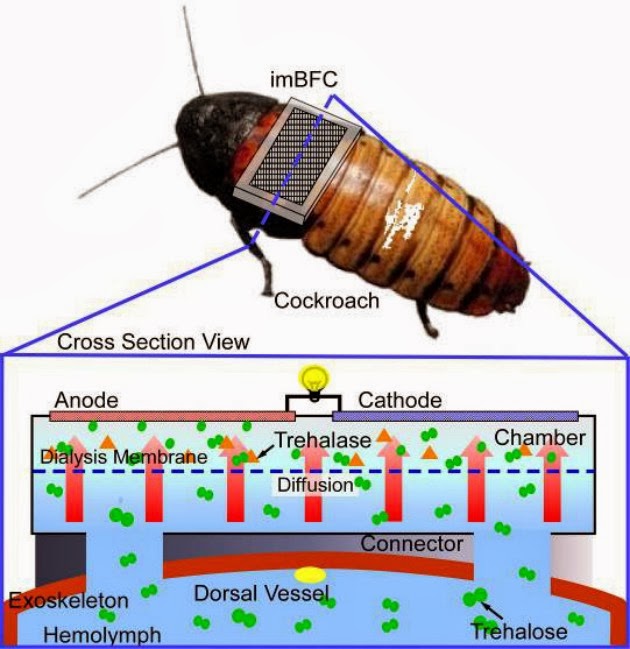 The marriage between electronics and cockroaches isn't incredibly new. Cockroaches have inspired new robot designs, acted as your remote controlled insects and allowed for stealth-mode antics. However, a new development at the Osaka University and the Tokyo University Of Agriculture & Technology aka TUAT allows for creation of special network of sensors using cockroaches. "What's New?" you may ask. Well, the sensors mounted on the back of cockroaches are powered by the cockroaches themselves; eliminating the need of relying on an external power source.

The research engineers were able to develop a new kind of fuel cell. The dimensions of this new fuel cell are 20mm x 15mm - allowing for easy mounting on the back of the cockroach. Once installed properly, the fuel cell uses a fluid called 'trehalose' inside cockroach's blood. The overall system comprises of electrodes, a container for the body fluid and a very tiny needle that goes into cockroach's body. The inner wall of the fluid container has a thin membrane for dialysis which allows for the body fluid to flow inside using diffusion.


Read More
Posted by Ed at 12:39 Links to this post
Labels: cockroach, inverts in the news

The Lord Howe Island Stick Insect, Dryococelus australis, is listed as ‘Critically Endangered’ on the IUCN Red List of Threatened Species. It  is known only from Lord Howe Island and Ball’s Pyramid, a volcanic outcrop in the Tasman Sea just 200 m wide at the base. Young nymphs are bright green in colour and become darker as they grow, eventually turning a dark glossy brown or even black. Females are larger than males and can reach 13 cm in length.
The introduction of predatory black rats to the island by the trading vessel SS Makambo in 1918 led to the extinction of the species on Lord Howe Island, possibly as early as 1920. The Lord Howe Island Stick Insect was considered extinct in 1986; however, a small number of this species had survived on Ball’s Pyramid. Following research in the early 2000s, a pair was taken to begin a captive breeding programme.
This species is being reared successfully in captivity, and there are plans for a reintroduction to
Lord Howe Island if the eradication of the rats is successful.
There is also now an animated film of the story!

Some things I have written on this species:

IUCN Species of the Day Page

NHM Species of the Day
Posted by Ed at 12:26 Links to this post
Labels: stick insect

In the News: Experts at Glasgow's Botanic Gardens battle to save rare plants from being devoured by stick insects

From the Daily Record: Experts at Glasgow's Botanic Gardens battle to save rare plants from being devoured by stick insects 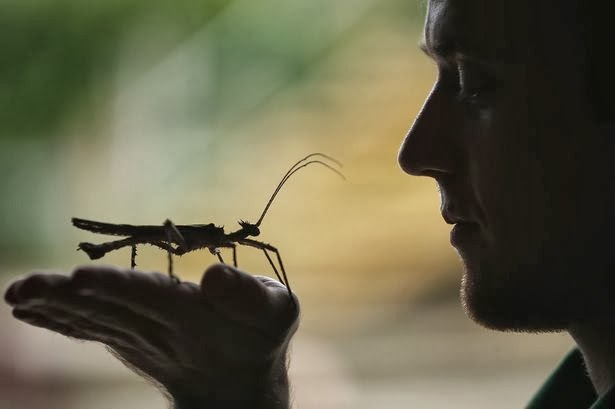 A COLONY of stick insects are eating their way through one of Scotland’s most important collection of plants.

Gardeners at Glasgow’s Botanic Gardens believe someone keeping stick insects as pets decided to dump them in the glasshouses.

They have bred rapidly and the bugs are devouring the displays.

It’s thought there are more than 100 stick insects feasting on rare, valuable and endangered plants and flowers.

Gardens curator Steve Herrington said: “We think someone’s got bored with the stick insects at home and released them into the gardens."

“They might have thought they would live happily in the warm glasshouses."

“It might have started with just two or three stick insects. But from there, they’ve become quite a large population."

“They keep breeding and we can’t find them all."

This is a surprisingly common occurrence - here is a list of food plants of Carausius morosus when it was introduced into the San Diego Zoo.
Posted by Ed at 12:20 Links to this post
Labels: inverts in the news, stick insect
Newer Posts Older Posts Home
Subscribe to: Posts (Atom)