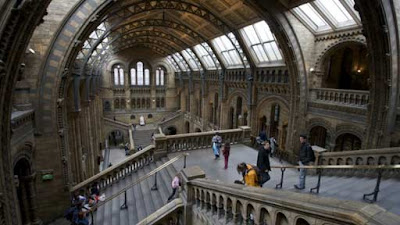 The 'Of the day...' initiatives

As part of the 2010 Year of Biodiversity a number of institutions have started a 'Species of the Day' project to highlight biodiversity and their work. This is a partial list:
In addition the Scratchpads project has created Taxon of the Week.
Posted by Ed at 15:59
Labels: iucn, Natural History Museum, scratchpad 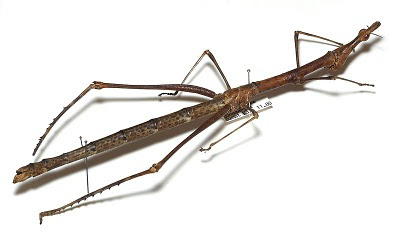 Although it may seem superficially stick-insect like, this is not a phasmid, but a proscopid (a kind of grasshopper). They are found in South America, and unlike true stick insects they can jump. Other distinguishing characters are the forward-facing head, head-shape (eyes are situated well above the body) and the relatively long rear legs.
Although the differences are quite clear, a lot of people who should probably know better have been caught out over the years. 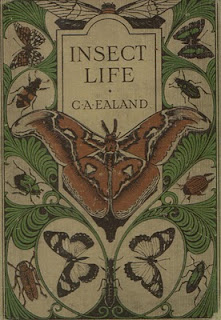 Although the cover of C. A. Ealand's book is beautiful, his knowledge of what makes a stick insect a stick insect is sadly flawed.
The close-up photo of the head of the stick insect is clealry actually a proscopid grasshopper: Head forward-facing (or vertical), eyes well above the body.
Despite this in the text the head of the Phasmidae is described as "nearly horizontal, generally quadrangular".
Some other inaccuracies are "they moult but twice" - in fact five is about average, between 4 and 7 common. I have never had confirmed reports of less than 4, but more than 7 is not that unusual - especially when the insects are poorly nourished.
I might write more about Ealand's account of the Phasmidae another time. 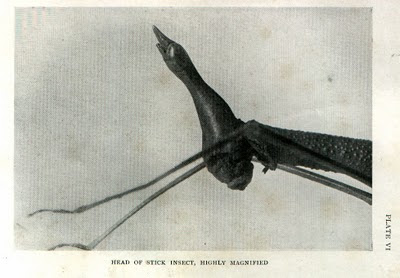 More recently in the first issue of the magazine Practical Reptile Keeping a photograph of a proscopid was used to illustrate an article on stick insects. 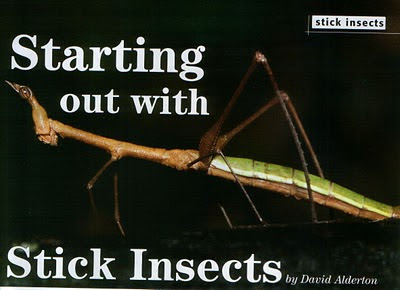 My final example is Slim from A Bug's Life - phasmid or proscopid? 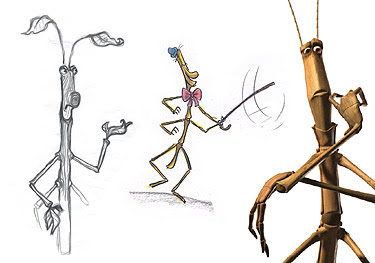 My application to join the Phasmid Forum has been declined becuase I don't meet the membership criteria.
Perhaps I just don't know enough about them......
Incidentally the Phasmid Study Group forums have recently had a bit of a make over - and I'll be able to answer any queries you may have there.
Posted by Ed at 10:11
Labels: phasmid study group, stick insect

Kevin Zelnio (from Deep Sea News) is interviewed by The Reef Tank.
Posted by Ed at 19:21 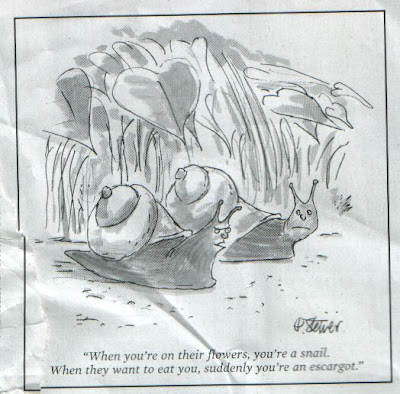 I found this is the Continental Airlines magazine last April, apparently it's been reprinted from the New Yorker.
The bad condition comes from its trip around Champaign, Illinois and the jungles of Costa Rica.
Posted by Ed at 13:39
Labels: gastropod

A shout-out to you UK types living in the South-West, the next BugFestSW is on the 20th February. For more details check out the BugFest website.
Posted by Ed at 12:30
Labels: events

First of a new YouTube series... pretty basic stuff, but a good introduction (with lots of energy).
Posted by Ed at 15:00
Labels: bug chicks, youtube

You have to feel slightly sorry for it really....
Posted by Ed at 14:01
Labels: praying mantis

Last month I published the first issue of a new journal dedicated to invertabrate rearing, called (surprisingly) Invertebrate Rearing. The journal covers all aspects of keeping inveretbrates in captivity, whether it is for research or pleasure.
The first issue has articles on the Lesser Stag Beetle, Marmorkrebs and Portia, a fascinating Australian spider. Check out Volume 1 Issue 1.
Posted by Ed at 10:31
Labels: Invertebrate Rearing (Journal) I have kept this species before, but it's large size and relative docility make it a good choice for events (like Nature Live) where insects are handled in front of an audience.
Posted by Ed at 10:30
Labels: nature live, phasmid study group, stick insect

Last night I had the unexpected pleasure of going to a party in Russel Square at the Horse Hospial to celebrate the screening of a film about last year's Pestival event.
Having missed the film due to other plans I spent some time talking (and drinking) with Amoret Whitaker and Tessa Farmer who were both there and also maybe hatching some plans for an art/science collaboration type-thing (how vague).
Posted by Ed at 15:54
Labels: pestival

Susan Perkins at Dechronization made a post about species descriptions, both in the post and the comments there are pleas for descriptions of new species to be as comprehensive as possible. This is a good thing. Yes, molecular work is great, but for many organisms some kind of morphological assessment is often extremely useful. It would be best to include molecular characters alongside the traditional drawings, measurements, photographs and everything else. Doing a species description well makes the lives of everyone else working on the group much, much easier.
Posted by Ed at 11:07 Hermit Crabs feeding on coconut
Originally uploaded by edwbaker
taken earlier this year on Playa Manuel Antonio, Costa Rica. Do any of you crab people want to have a go a go at an identification?
Posted by Ed at 09:52
Labels: costa rica, crab
Newer Posts Older Posts Home
Subscribe to: Posts (Atom)