Check out the post on Cicada Parasite Beetles on Myrmecos
Posted by Ed at 10:00
Labels: beetle, cicada, parasite

New U of I Entomology Blog

The IB 401 students at the University of Illinois (I was there briefly earlier in the year: U of I Pollinatarium) have started an entomology blog. So far they seem to be pretty keen and doing a fine job, so check it out.
Good to see they have chosen an orthopteroid as the logo image too!
Posted by Ed at 17:01
Labels: university of illinois

Since my women and cockroaches post Aydin at Snail's Tails has been mourning the lack of snails and women. Never one to shy away from sticking a hand down the back of the internet to see what probably shouldn't be found, I discovered these:

The non-safe version of above image

The non-safe version of above image

Yes, it seems that the internet really does have everything you had no desire to find......
Posted by Ed at 16:28
Labels: gastropod

I have recently been talking to various people involved in captive breeding of invertebrates (of the hobbyist rather than professional type) and several times a desire for an online system of managing livestock cultures and the exchange of livestock has been mentioned.
There seemed to be some merit in this, particularly in the context of the Phasmid Study Group and Blattodea Culture Group. As both of the groups use Scratchpads as a website platform it makes sense to develop this within the context of the Drupal framework - so I have started to implement a livestock management system on my own website (has been under-development for months, but I'm working on it).
So does anybody have any suggestions as to features?
Posted by Ed at 15:44
Labels: blattodea culture group, phasmid study group, scratchpad

The Times reports that snails have been eating mail from Royal Mail post boxes. The article suggests the molluscs are after the gum on the envelope, however Aydin from Snail's Tales suggests they after the cellulose content of the paper.
I can't say that I have ever had slimy mail, however I have fallen for the paper data label trap for collecting live snails.
Posted by Ed at 17:45
Labels: gastropod 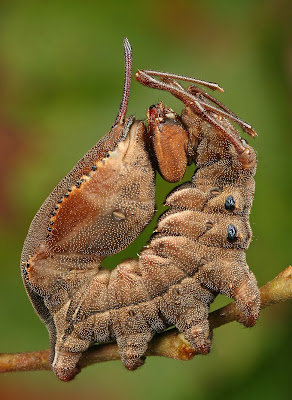 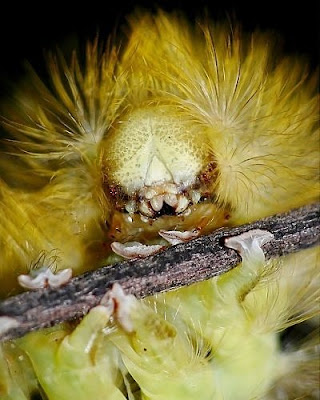 Caterpillars from Ugly Overload
Posted by Ed at 16:03
Labels: caterpillar

Do you ever wish you could combine half-dressed women with your interest in cockroaches? Well here you go....

I think the cockroach is Lucihormetica verrucosa, I have no idea who it's crawling on.
If that isn't enough try Cockroach Fetish Pornography. That page is safe but I don't encourage you to use Google too much!

Also from PFK;
Common name: Bobbit worm
Scientific name: Eunice aphroditois (Pallas, 1788)
Origin: Indo Pacific and Western Central Atlantic.
Size: Around 100cm/39", but potentially as large as 3m/10'.
Diet: Lives in soft substrates with its head protruding and feeds on live fish which it detects using a number of sensory antennae on its head. Prey and grabbed in its powerful jaws and then the worm rapidly retreats into its burrow to consume the prey.
Notes: Said to breed at a size of just 10cm/4", which is very early given the size and age of larger specimens. It has an protrusible proboscis, rather like that of the native British ragworm.
Some claim that there may be several related species masquerading under the scientific name Eunice aphroditois, including E. tentaculata.
Posted by Ed at 15:22
Labels: bobbit worm

A trip to London Zoo

I should really be more prompt in writing about things here.
Last Thursday I went to ZSL London Zoo to talk to Matthew Robertson about a forthcoming issue of the Blattodea Culture Group's journal, Cockroach Studies. (Issue 3 is almost at the printers, Issue 4 will be a rearing handbook).
Apart from discussing husbandry we talked about possible ways the Zoo and the BCG, and also the Phasmid Study Group could work together in some way - watch this space.
I took the opportunity to see the latest star attraction - Galapagos Giant Tortoises. Photographs will be on Flickr soon.
Posted by Ed at 21:19
Labels: blattodea culture group, cockroach studies, London Zoo, matthew robertson, phasmid study group, zoological society of london Dead Insect Art: thanks to Heather for the link.
Posted by Ed at 19:35
Labels: art, diptera

Spider on Passiflora edulis
Originally uploaded by Alex Popovkin, Bahia, Brazil
I found this via Taxacom, no ID on the spider yet, but it is rather beautiful.
Posted by Ed at 20:46

The Amateur Entomologist's Society Annual Exhibition will be held on the 17th October at Kempton Park Racecourse. There are more details here. This is a great event, with lots of livestock, specimens and books for sale. There will be representatives of the Blattodea Culture Group and Phasmid Study Group (I guess I'll be hanging around there for a while if you want to catch me).
Posted by Ed at 11:57
Labels: Amateur Entomologists' Society, blattodea culture group, events, phasmid study group

A bit of retro Phasmid Study Group meeting video - recently transferred from VHS (that's what we used before DVDs I am told). The voice is that of Mel Herbert (I am told - I wasn't a member of the PSG at the time) who got to spend a lot of time looking for stick insects - and some impressive looking ones at that.