Pestival Symposium: How Insect Are We?

I am always slightly suspicious about the boundary or art and science. It can be great, such as Fred Edwards' work on Alfred Russel Wallace or Tessa Farmer's The Horned Skullship (shown at the main Pestival event at the South Bank Centre - I will blog about this later ).
The Pestival programme is meant to look at "insects in art and he art of being an insect". In other words it tries to use insects to bridge science and art (and achieves this to a greater or lesser extent). The Pestival Symposium was perhaps the main science-focussed event (introduced by New Scientist editor Roger Highfield), and was held at the Meeting Rooms of the Zoological Society of London.

The first talk by Stanford University ant biologist Deborah Gordon (of Gordon Lab) was a good start. She covered some examples of ant behaviour (they're lazier than most people believe) and society structure (it's not much like ours). There is a great video of Deborah giving a TED talk here (parts of which are very close to her Pestival talk): Deborah Gordon digs ants.

Deborah's conclusion was that we really aren't that much like ants. 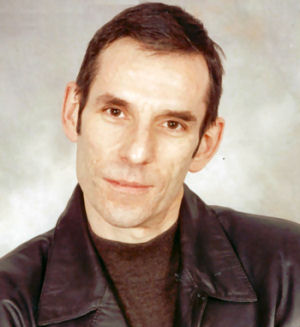 The second speaker, the very eloquent Steve Connor (Professor of Modern Literature and Theory at Birkbeck College, London), spoke about flies - 'The Times of Our Lives' - showing how they had made appearances in art and literature for centuries. Being an enlightened chap he has made the text of his talk (PDF) available here.

Steve did at one point come up with an amusing measure of how insect we are: we are genetically 98% identical to a chimpanzee and 40% the same as a banana, therefore we are between 40% and 98% insect.

In the third talk Simon Laughlin (Professor of Neurobiology, Department of Zoology, University of Cambridge) showed how the neural networks in the eyes of flies used to identify roll during flight can be used a basis for studying the more complex networks present in humans.

Finally engineer and designer Natalie Jeremijenko spoke about some methods she uses to promote conservation in cities and also about her work on interfacing with insects in their own way (in the photo below a human is wrestling a large beetle - from the beetle wrestling page).

You can read more about Natalie's projects here. In conclusion there was no agreement about how insect we are. In fact this issue was only really skimmed over by the speakers - but that's for the best as the question is actually pretty useless. What is good is that it bought some people together, who had a good time. The best answer heard all evening was essentially that we are half a billion years different from insects.
Posted by Ed at 14:18
Labels: deborah gordon, natalie jeremijenko, pestival, pestival symposium, roger highfield, simon laughlin, steve connor, zoological society of london